Love to the Rescue

Our Illini Shrine Club Off Premise Clinic Scheduled for April 18th has been Canceled, We will Reschedule next fall in October, if you know of a child who needs our Shrine Hospital, Call Web Master. 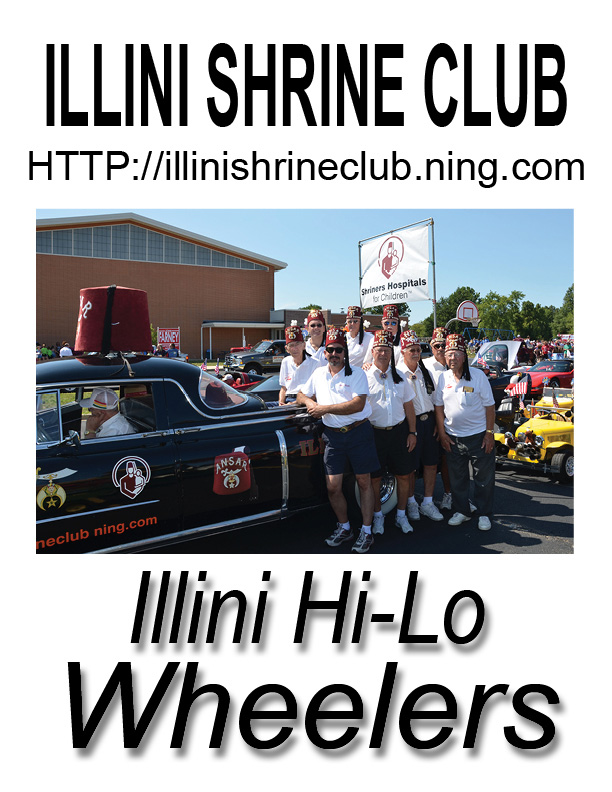 Two weeks ago, we reported on Canon’s CE-SAT-IB satellite camera, which was set to be launched alongside six other satellites aboard Rocket Labs’ Electron vehicle as part of its ‘Pics or It Didn’t Happen Mission.’ And, well, whoever chose the mission’s name might want to choose something a little less ominous next time, as in keeping with the theme of 2020, it’s been reported all payloads were destroyed during ascent due to a rocket failure.

According to Rocket Lab, its Electron vehicle, which housed Canon’s Earth-imaging camera and six other satellites, failed late in its journey after taking off from Mahia Peninsula on North Island, New Zealand (Te Ika-a-Māui)

In a Twitter post shared on July 4, Rocket Lab CEO Peter Beck apologized to Rocket Lab customers, saying ‘I am incredibly sorry that we failed to deliver our customers' satellites today. Rest assured we will find the issue, correct it and be back on the pad soon.’

No specific cause for the issue has been shared at this time, but the launch video, which was live-streamed for the world to see (and embedded below), shows the video feed from the Electron rocket cutting out just shy of six minutes into its flight. Not long after, you can hear a Rocket Lab team member say the less-than-inspiring phrase ‘initiating mishap response plan.’

In a press release, Rocket Lab further elaborated on the incident saying ‘Today’s anomaly is a reminder that space launch can be unforgiving […] The launch team operated with professionalism and expertise to implement systems and procedures that ensured the anomaly was managed safely.’

Rocket Lab is already in the process of getting future missions in place and Canon already has its CE-SAT-IIB satellite ready for a Rocket Lab mission later this year. We have contacted Canon for comment on the incident and will update this article accordingly if we receive a response.